The Emergency Architects Foundation and Architects Without Borders (Spain) awarded by UIA for architecture serving the most impoverished and for the conception of inventive solutions for reducing poverty and indigence.
20 de junio de 2014 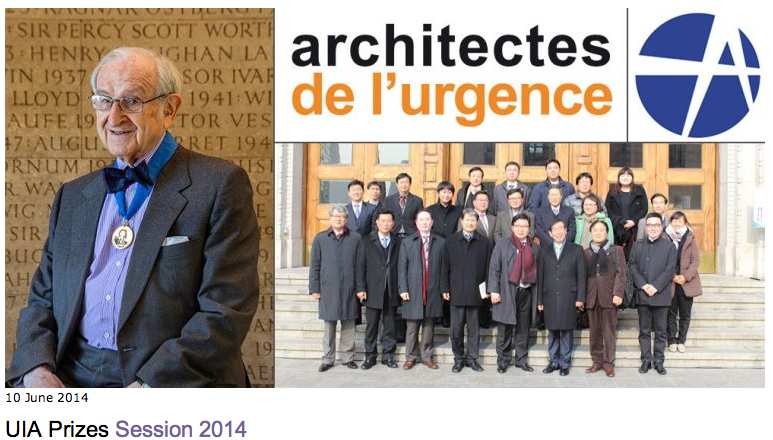 Created in 1961,  the UIA Prizes honour professionals whose qualities, talents, and actions have had an international impact on the diverse sectors of architectural practice.

Joseph Rykwert is the winner of the Jean Tschumi Prize, awarded for architectural teaching, criticism and history, which have contributed to excellence in architectural education.

“Eminent English architect, historian and critic Joseph Rykwert is one of the most influential theoreticians of his generation. For more than sixty years, his erudition and his innovative scholarship have radically changed the relationship that architects have with the past, their conception of space and their perceptions of buildings and cities.”

A Mention has been attributed to internationally renowned Australian couple team of editors and architecture critics, Haig Beck & Jackie Cooper.

The Seoul Metropolitan Government received the Sir Robert Matthew Prize, awarded for the amelioration of habitats and public spaces in the interest of harmonious and cooperative development.

“The Seoul Metropolitan Government has conducted an exemplary pilot programme to renovate the Yeongdeungpo Dosshouse Town. Cooperation between the city government, architects and the inhabitants of the dosshouses paved the way for efficient implementation of the project and have succeeded in bringing hope, dignity and joy into the neighbourhood.”

The Emergency Architects Foundation and Architects Without Borders (Spain) awarded for architecture serving the most impoverished and for the conception of inventive solutions for reducing poverty and indigence.

“By bringing a humanitarian dimension to the practice of architecture, Fondation Architectes de l’Urgence and Arquitectos sin Fronteras (Spain) have opened the door for collective, innovative and exemplary actions in the service of disaster-stricken populations  or in areas of extreme poverty.”

Four mentions have been attributed:

The winners will receive their prizes in Durban, South Africa at an awards ceremony organized on 6 August on the occasion of the 25th UIA World Congress. The Jury met in Melbourne, Australia on 5 May 2014. It was composed of UIA Bureau Members: Albert Dubler, President, Louise Cox, Past President, Michel Barmaki, Secretary General, Patricia Emmett, Treasurer, and Vice-Presidents Antonio Raffaele Riverso, Deniz Incedayi, Thomas Vonier, Mohamed Esa and Ali Hayder. 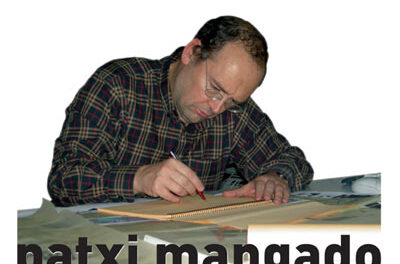