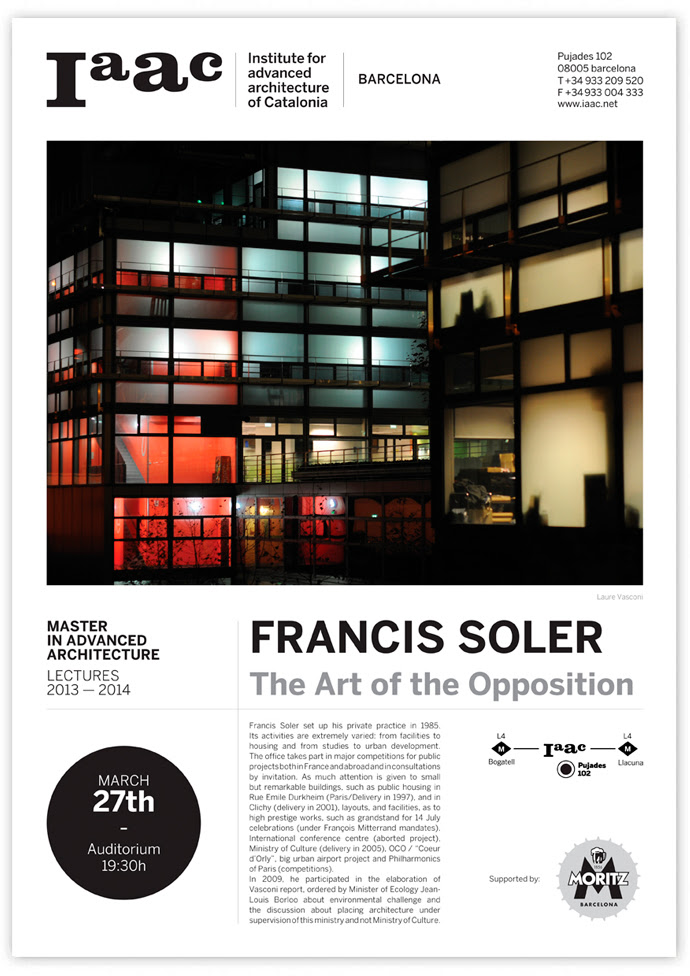 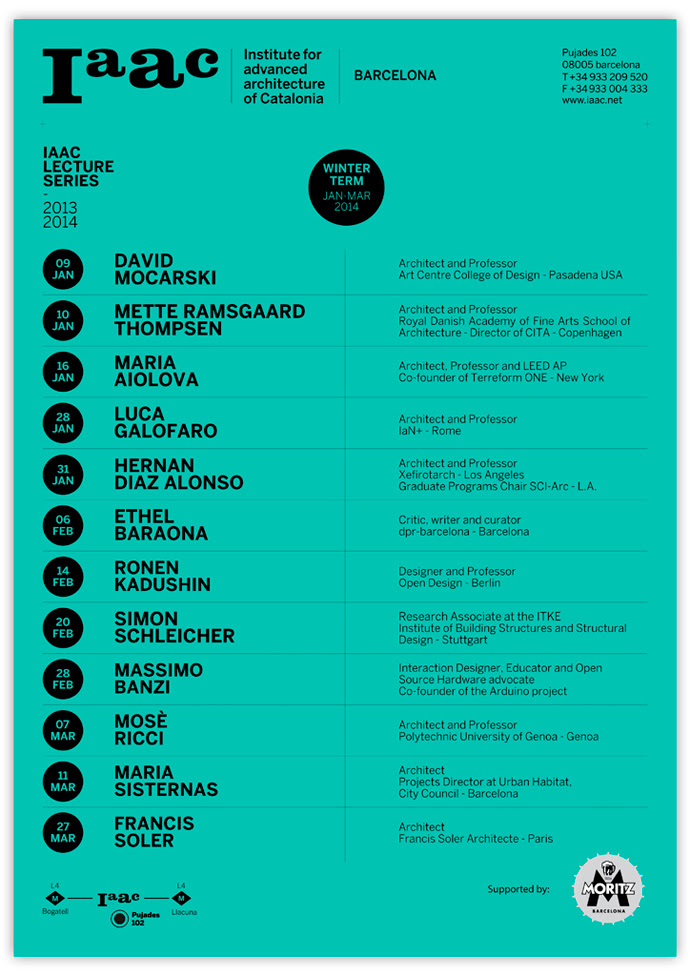 Thursday 27th of March 2014
Francis Soler
Lecture: The Art of the Opposition.

FRANCIS SOLER
Francis Soler set up his private practice in 1985. Its activities are extremely varied: from facilities to housing and from studies to urban development. The office takes part in major competitions for public projects both in France and abroad and in consultations by invitation. As much attention is given to small but remarkable buildings, such as public housing in Rue Emile Durkheim (Paris/Delivery in 1997), and in Clichy (delivery in 2001), layouts, and facilities, as to high prestige works, such as grandstand for 14 July celebrations (under François Mitterrand mandates), International conference centre (aborted project), Ministry of Culture (delivery in 2005), OCO / “Coeur d’Orly”, big urban airport project and Philharmonics of Paris (competitions).
In 2009, he participated in the elaboration of Vasconi report, ordered by Minister of Ecology Jean-Louis Borloo about environmental challenge and the discussion about placing architecture under supervision of this ministry and not Ministry of Culture.
His big project of Research and Development Centre for EDF (French Electricity) is actually under construction (delivery is scheduled in 2015). His private housing project for VINCI, in Zac Cardinet (Paris) is also under construction (delivery by 2015). The construction of his big public housing projects, in Porte d’Auteuil (Paris) with Anne Demians, Rudy Ricciotti and Finn Geipel architects is scheduled to begin in mid-2014. Executive studies for the construction of the huge bridge over the Arno River Florence, (Italy) are almost achieved and approved, construction being scheduled by the end of 2014.
The aim is to give them all an important role in the city, to make them into art works. Whatever the project is, Francis Soler’s priorities are to propose pertinent responses to the complex problems of old and new cities, and to give real pleasure to users and residents by offering them architecture that is an art of usage.
Agentes
Agentes: Francis Soler
Agentes: IAAC
Palabras clave
IAAC Instituto de Arquitectura Avanzada de Cataluña scalae
← Balcells y Vora en ARA Arquitectura, 24MAR, 19h30, BCN ··· | ··· ECUMENÓPOLIS: Film "El Barri s'ha de defensar" 24MAR 19h, BCN →